You love to crochet, but you’re a little confused about choosing yarn for a project because you don’t know the different weights that exist. I am going to help you not only to know the different sizes but also to know what they are called in Spanish.

It is also true that most Spanish-speaking crocheters use English terms to refer to yarn weights.

What is Yarn Weight?

Yarn Weight is just the thickness of the yarn.

There are different yarn weights, and you should know about this to be able to choose better when starting a new project.

There are yarn manufacturers all over the world and not all of them classify yarns according to their thickness in the same way, that is why having a chart with the standards and their equivalents will be very useful.

What are PLYs (cabos, in Spanish) and where are they used?

Historically, yarn thickness was measured by the number of plys it had. The Ply is one of the strands that make up the yarn.

Usually, when spinning the fibers, several plys of the same fiber or of different fibers in some cases are joined together to create a thicker yarn. In some countries, such as the United Kingdom, this method is still used today, although it is no longer very clear because it is not as accurate.

Most crocheters, knitters and countries use the U.S. system, even in Spanish-speaking countries because we do not have unified terms in Spanish (that we all use) to classify the thickness of the yarns.

Even so it is good to know all the methods in case you come across a pattern that uses, for example, yarns from the UK, and they give you the thickness in plys, you won’t think they are speaking Chinese.

Yarn Weights in English and Spanish

Well, let’s see the most common terms for Yarn Weights. As the most used ones are in English, I will put them in English and then their translation to Spanish, which as I already told you, not many use:

Characteristics of each Yarn Weight

LACE (Listón): It is the thinnest thickness. It is used for very fine work such as lace and miniatures.

SPORT (US)/ FINE  (Fino): It is also widely used in baby clothes because it is quite thin in terms of its weight.

This yarn is still fine but thicker than the previous one. It is most commonly used to make socks, gloves and baby clothes.

DK/ LIGHT (Ligero): It is a yarn widely used to make sweaters and tops.

*This information has been gathered by researching on the internet and referencing the Craft Yarn Council, where you can find more information about it.

*If you want to know more about yarn:

I hope this information has been useful for you. If you have any questions you can ask me, I will be happy to help you. 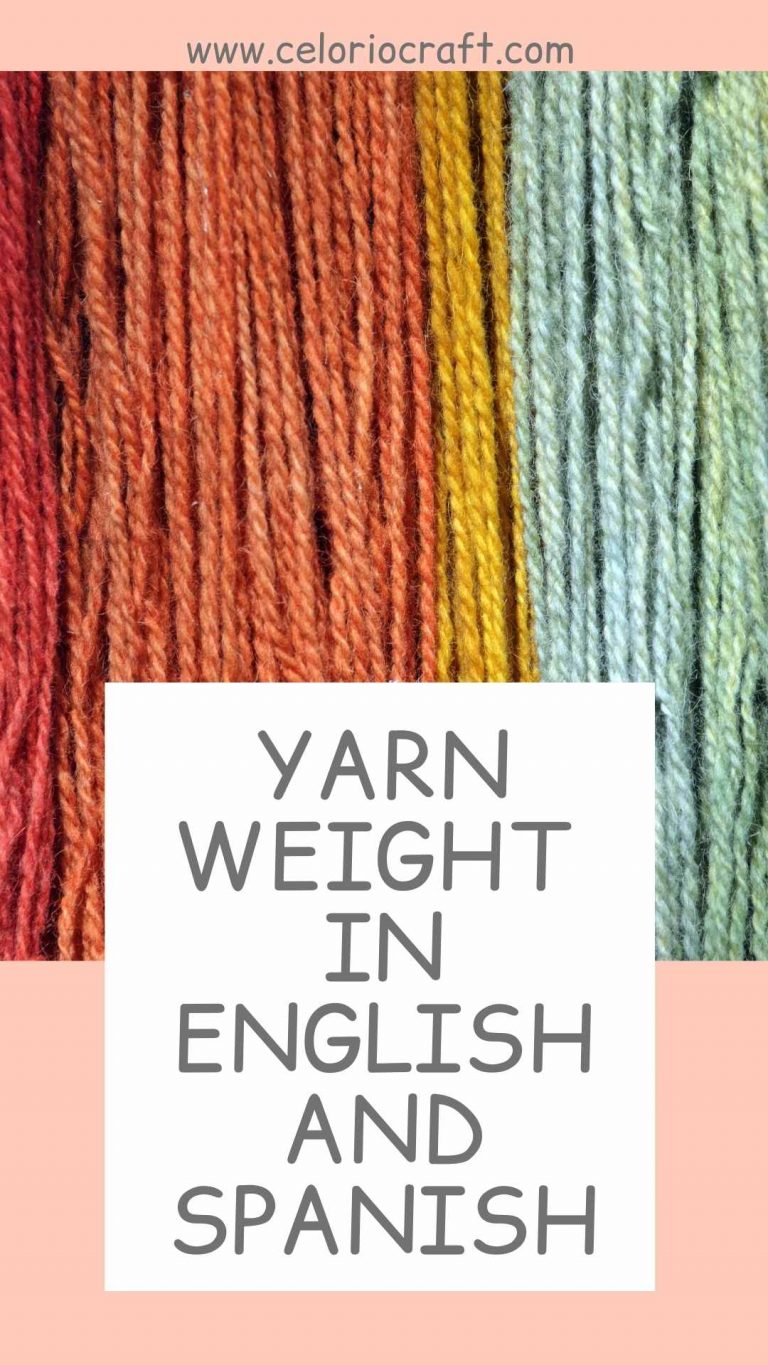 Are you on Instagram?, if so find me there!

Have a good crochet time!

Hi! I'm Suset. I love to crochet and languages. I have been crocheting for more than 14 years and I teach you how to crochet a pattern in Spanish without knowing that language. If you are a designer I translate and tech edit your patterns to get more and happier clients.